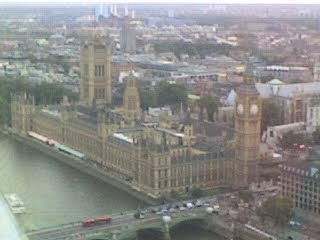 Today I wrote off to change my address for the electoral register. There are pros and cons to doing this. I had a month or so when the Government didn't know where I lived and I took a perverse, twisted pleasure in this fact. I had to face the truth that it was probably going to be the last time that this was ever going to be the case. But, it was good while it lasted...

Over the next few months MP's will crank into action once again, doing what they love to do. There will be arguments on whether Britain is broken or not broken (even if 'broken' is a misdiagnosis and the country is merely sick).

It doesn't matter, because this year we will have the treat of seeing our political leaders in TV debates. It is vaguely exciting - all those college lectures on US presidents winning and losing elections simply because they sweated a little or hadn't shaved properly will be more meaningful to me.

Sadly, 16-18 year olds will still not be able to vote. But don't worry young people, I'm sure that the Conservatives will be keen to tell you that you not being able to vote is your responsibility.

It isn't even as if Labour have been that nanny-esque that they have not been placing all the responsibility on individuals as it is. Didn't they make up the word 'meritocracy'? Haven't they pressed and pressed for single mothers and the mentally ill to find work whether they like it or not? But politicians set the agenda too often and now it is all about personal responsibility vs nanny state or broken society vs non-broken society or Gordon Brown stammering a little too much in a TV debate.

But as someone who remembers what it used to be like under a Tory Government there is no way I will be voting for them either. I would rather die (which, I'm sure they would say is my responsibility).
Posted by Nick at 15:01 No comments: