We're not ready for the end of the world 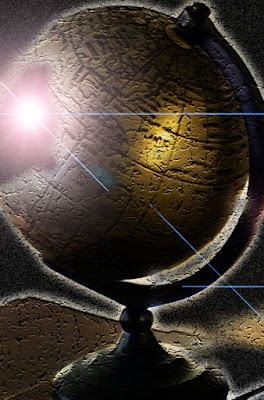 A few years ago I wrote an article for a niche US publication in which I speculated that there could be a referendum on Britain leaving the EU (even the re-election of the Tories, the only party offering this, seemed unlikely at the time) and that this could possibly relate to eschatology (note to the uninitiated – eschatology refers to the study of the end of the world).

We are not ready for the end of the world.

I’m really not any kind of prophet and I don’t claim to be, but it reminded me that just sometimes I can be right. Just sometimes. (My wife would say ‘very, very occasionally’). I’ve always preferred beginnings to endings, but I am still fascinated by the theories and mythology that accompany the end of days. In story terms I prefer beginnings, the blank page, the start, the hook and the possibility. But endings naturally fascinate many of us. We want to know what is going to happen in the end and we want it to satisfy. Part of us wants to see the sky fall.

As better people than me have said: ‘We face immense adversity’. Most of us. We face all kinds of problems. I’m going to spare you the pessimism of my Christian worldview as I’m not a literalist and I don’t really know how the end times are ever going to pan out. Some people say that the end times can be mitigated through prayer and preparation. But safe to say I don’t think we are in the last of the last days yet. If there is anything I have been conscientious in, it is in not alarming people by saying that the world is about to end imminently. I have never misled people in this. To be honest, I’ve rarely led people at all, but please indulge me unless you think I have no care for you as a reader. I have usually been as honest as I can be, I have a little integrity. So despite rumours to the contrary it is not the end of the world. There is hope for your children (if you have them) to live full lives without the fear of getting raptured (and, believe me, in some circles, there is a lot of fear surrounding the rapture).

Things are grim on this island for many of us these days in 2017. There is no getting round it. I think it was the TV series ‘Lost’ where a character exclaims: ‘…we're just going to go crazy waiting for the next bad thing to happen’. Lost was about a group of survivors stuck on an island and that may sound like a familiar plot to us in the UK.

Seriously, even if the rich elites stockpile gold and have reinforced boltholes in Alaska because they ‘know things’, it still doesn’t mean that the world is about to end. They live in fortresses like Prospero’s castle in Poe’s The Masque of the Red Death. But my theory is that things were just as grim in 1666 when the plagues hit Britain and the great fire of London burnt it all out. They blamed the terrorists then too – except they said the terrorists were Catholics not Muslims. It is convenient for a Government to have an enemy like that. It is in the Government’s political interest for us to have a common enemy of flesh and blood. When really we should be fighting together against so many other adversaries that are not human or animal.

I was so fascinated by eschatology that I wrote a whole fictional novel about it for the writing contest NaNoWriMo, speculating about end of the world scenarios. Accepted thinking is that the earth is destroyed by the sun in millions of years and that the hope for humanity centres around finding the technology to occupy some other world. But even then, accepted wisdom is that, eventually, the universe will either expand or collapse into some kind of oblivion. There is no hope. We’re doomed, if you subscribe to the narratives of scientific speculation… and they are narratives and speculation (unless we are somehow able to transcend the physical universe or you are able to see some kind of strange beauty in transience and meaninglessness).

Christian thinking is that there are not millions of years. That what is left are the last raindrops of a storm and that another storm is coming. But my point is that we are not prepared for nuclear holocaust, a third world war or the opening of the abyss from the hadron collider. We are not the generation to deal with these things on top of all the rest of our problems.

What I’m trying to say is this – whether you are fascinated by beginnings or endings, by the past or the future, you have to accept that our interest in current affairs and in what will become of us is almost certainly (and I’m 99% sure) going to revolve around the sun getting turned to darkness, the moon to blood and the stars falling from the sky. When I say this I’m using the Bible’s own metaphors when it comes to sun and moon and stars. In the story of Joseph in Genesis, Joseph has a dream in which the sun is a metaphor for his father, the moon for his mother and the stars for his siblings. Presumably the end of the world, and the end of all our worlds is the loss of our own lives and that of our friends and family. Some suns have already darkened. Some moons have already turned to blood. Some stars have fallen. And this is sad and real and something we all face if we have not faced it already – it is going to happen. We can’t escape it through a portal or through any other means. I’m sorry, but as Jim Morrison said, ‘No-one here gets out alive’. All we can do is prepare. Or distract ourselves.

However it feels at the moment for some of us, it is unlikely that we are the last generation. It is a coincidence too far that just as the digital, information and news revolution has taken place that we somehow suddenly face the end of the world too. We are more likely to lose our own suns, moons and stars and experience our own world ends on a micro level. And so, on that level, yes, suffering is always going to be with us and we are always going to be afraid as long as we live and the end of the world could be imminent (quite probably through house fire, car crash or some disease (please check your smoke alarms – I have too few readers already and don’t want one less)). We are unlikely to die from a terrorist attack. I’m sorry, but we’re just not. We are unlikely to die through an end of the world scenario. We are likely to die before the end of the world takes place and who knows if we will ever see how that happens.

I’m a little sad about the jaded tone of this blog entry. But that’s not the end of the world.