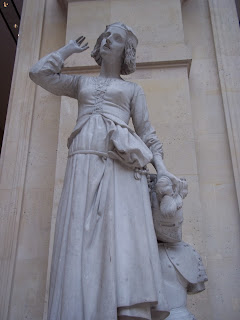 I was interviewed by a newspaper from my home town, The Sentinel.
You can read the story online at:
http://www.thisisstaffordshire.co.uk/Poetry-helps-heal-Nick-s-pain/story-13062298-detail/story.html

It was strange being on the other end of the interviewing. The interviewer got my age wrong and knocked off six years (better that way round). During the phone interview I said:

"I once came into the Sentinel on work experience."
"That's what I'm doing here now," admitted the budding reporter. I imagine that she will do well because she was thorough and direct in her questioning. All through the interview I wanted to say: "Just make everyone a cup of tea or coffee - they like that."

The recent phone hacking scandal has had the usual effect on the perception of journalists. Any trust gained has been set back years because of the invasion of privacy of a few. Almost every rule from the NUJ code of conduct was broken. And the whole profession is about as popular as when Princess Diana died.

So, over the past few months I've been thinking about the way I treat my readers (yes, that's you faithful reader!). I've realised that, even though I've never been involved in phone hacking or anything unlawful, I've not always had my readers' best interests at heart. Even if I don't have that many readers, I still think I could be more considerate. So, I'm sorry.

I draw the line at offering compensation.