Whatever happened to public consultation?


There is one thing you can be sure of with Government. And that is that their attitude towards the people they are supposed to serve stinks.

Take for example their attitude towards a group of Staffordshire residents who have been locked in a battle with their local council. It's a battle which the council are most likely going to win. It is about the building of a huge sports hall for a special school where they live.

Very few things are black and white and there really are two sides to most stories. In this one it isn't a simple case of nimbyism versus new school facilities. The first that the residents learned about the major construction work was when they saw and heard the diggers at work. There was no consultation with them. The authorities communicated with everyone they wanted to communicate with – they were all in it together (except for the residents).

A compromise could so easily been reached right at the start simply through dialogue. It was not as if the residents even wanted to fight.

Things got worse when the residents complained. They asserted their right to film a parish council meeting but the Councillors weren't used to it and called an abrupt end to the meeting. You can see the explosive and worrying video above.

Once again there was a communication breakdown. And it was always the residents who had to take the initiative. When the issue began to get wider attention their MP Gavin Williamson issued a press release saying he really did sympathize with the residents’ concerns about night-time noise pollution and other disruption. In the release he more or less blamed the district council.

And as usual each council department blamed the other for the lack of public consultation. More communication breakdown.

So what’s next? The residents are meeting the massive, wealthy Wolverhampton based construction company Carillion simply to ask for nuisance mitigation guarantees. Carillion have a very cosy relationship with Government and are often contracted to build projects, for example the new Birmingham Library, work with the MOD and contracts in the Middle East. They build hospitals and schools as well. Although some people think some of their extra-curricular activities are a bit dubious.

Will they be able to come to some kind of mutual compromise? Only if Carillion fulfill their much-trumpeted values of openness and collaboration.

The residents have always been willing to talk.
Posted by Nick at 12:39 No comments:

Destiny and Dynasty (the working title of my novel) 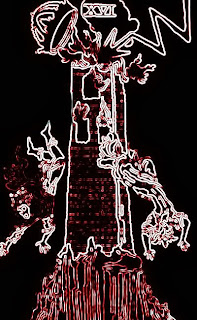 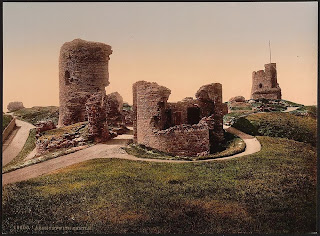 The novel is coming on slowly but surely.

But there is a problem.

But my trouble is that I know I can do this well. I've discovered from some of my short stories that I have the power to create characters which can make people angry. I'm good at that. It is a strength. And my novel's antagonists are enough to make anyone angry. But I'm losing the plot because I need to evoke other more positive emotions. More to the point, I aim to put beauty into the novel and at the moment these characters are just so ugly.

In 1984 Orwell writes in a way which causes anger in the reader. At least it is an emotion. But I need to break through into something more and grow as a writer. If I can only evoke anger and can't encourage more positive emotions, what is the point?

I've come up with the genre it is at least: it's a neo-gothic supernatural love story.

I'm drawing on some of the more romantic writers and a lot of the literary ghost story tradition. This means influences from Poe and M.R. James and a number of others. I'm blocking out Plath and Orwell.

It is also a very modern British story with the influence of the digital revolution contained within it. It also draws on my spiritual roots. I'm not necessarily aiming for gritty realism, or magic realism even. What I'm aiming at is a writing for the soul.

So unless I break through and make my protagonists more memorable than the antagonists then I'm in trouble should it ever be published.

The story draws on angels, ghosts, miracles, dreams, a megachurch, a castle and a love like an intense fire. If the caricature antagonists are seen as stereotypes then so be it!

I have to write it.