I have changed a couple of my ebook covers to maintain a theme.

I also wanted to make 'The Owl Flies at Night' look a little more like the short modern ghost story it is.

So here is its new cover... 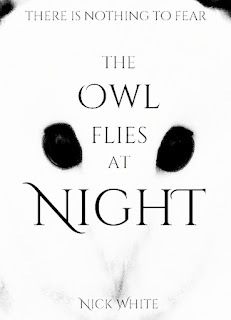 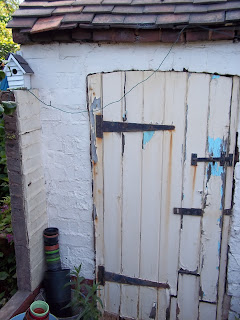 It seems as if the bees read my previous blog entry and have gathered at my command in an outside log store (perhaps I should call them minions).

A few days ago I began to repair the old log store door (as it is falling apart). A small gang of outraged bumblebees suddenly surrounded me.

I realised that there had to be a nest somewhere in the dry logs and retreated (getting stung by a queen bumblebee as a child does not give you special bee privileges). After a bit of research I found out that the queen bee must have chosen the log store as a nesting site and I read up on the falling bee population in this country.

It was soon decided that the best thing to do would be to let the bees be. Smoking them out or having them destroyed would not be very bee-nevolent. Lousy puns aside – the research also brought up some interesting folklore and superstitions regarding bees. I was delighted to learn that the ancient Greeks thought that a bee which landed on a baby meant that the child would become a great poet. Unfortunately, they didn’t say what happened when the bee stung the child (maybe that child just thought he was a great poet).

There are many other superstitions regarding bees and most of them are positive. You know how it is with folklore and superstitions – almost everything that happens or everything you do means you are going to die imminently. If you accept some positive superstition do you have to accept all of the negative ones?

Borrowing from Greek mythology there is also a legend that a swarm of bees settled on St Ambrose soon after he was born, leaving behind a drop of honey. His parents considered this to be an omen of a honey-tongued future. And so it was.

No sting for Ambrose either. There are a plethora of other superstitions about bees, but few people bee-lieve them nowadays. (Sorry.)

So the bees are guests here for the summer. Later in the year they will have gone. The newly born bees will have flown away and the only existing survivor will be the queen bee who will fly away and hibernate in the soil somewhere. Queens have a habit of outliving the rest of us.

The Bumblebee Conservation Trust are a honeypot of information about bumblebees and I recommend them.
Posted by Nick at 11:35 No comments: