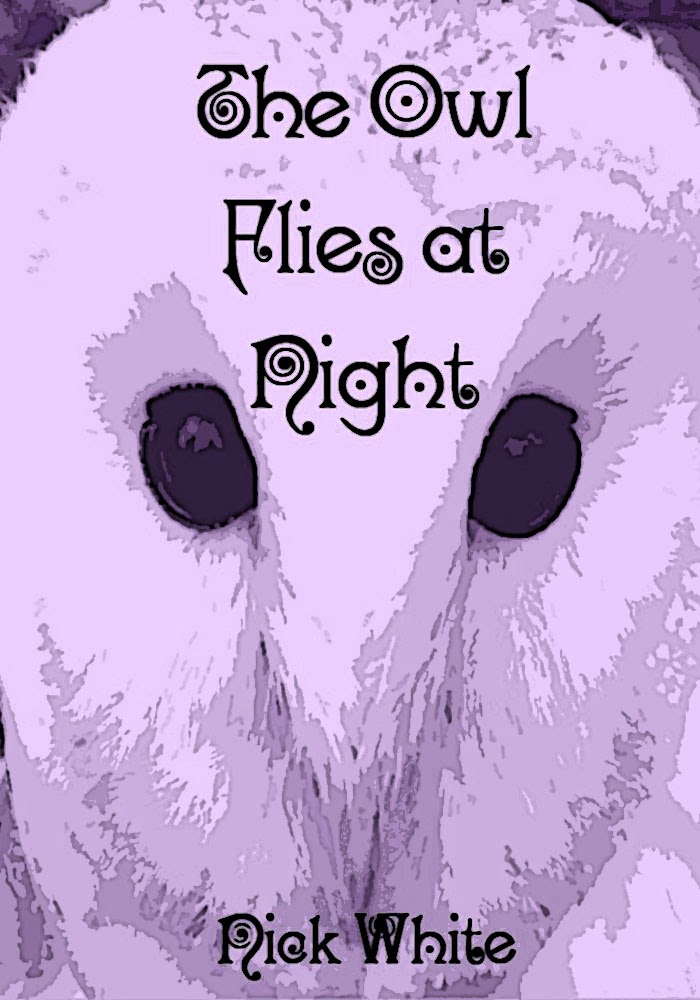 My short story experiment 'The Owl Flies at Night' is free tonight and tomorrow for anyone who has a Kindle or the free Kindle for PC app. I wanted to offer it free on Amazon but can't so I've put it at the lowest possible price. The Amazon system allows me to give five days free promotion every three months so please take a look as it is available now.

The Owl Flies at Night 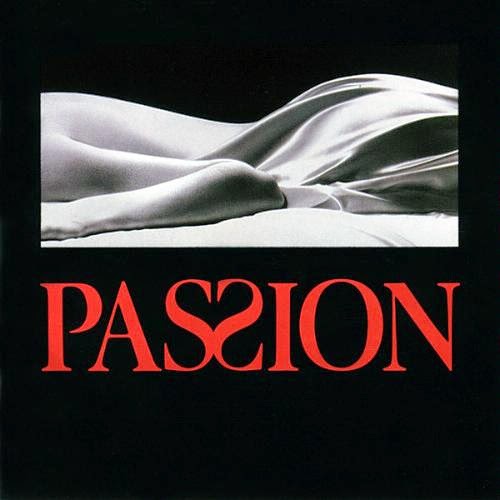 Probably the most useful advice I have heard when it comes to the whole sphere of cognitive discipline is from the musical 'Passion' by Sondheim.

There is a scene in which the sick Fosca is walking in a garden with her future lover, Giorgio. Fosca is obsessed with death and can think only about morbid things. She is terrified by her imagination. Giorgio listens to her describe her fears of death and then gives his solution. Here is the dialogue:

Giorgio: These thoughts are bad for you. You must concentrate
on everything around you that suggests life. These
trees, these flowers, the warm smell of the air -

Fosca: You make it sound so simple Captain. As if a flower
or a tree could somehow make one happy.


Despite Fosca's complaint, Giorgio does have a point. I don't think it is entirely superficial to agree with him in his prescription for depression.

So the only question is - how do you think happy thoughts when almost everywhere we are presented with sadness?

And my answer: I have absolutely no idea.

Think happy thoughts.
Posted by Nick at 20:17 No comments:

Chagrined at the BBC 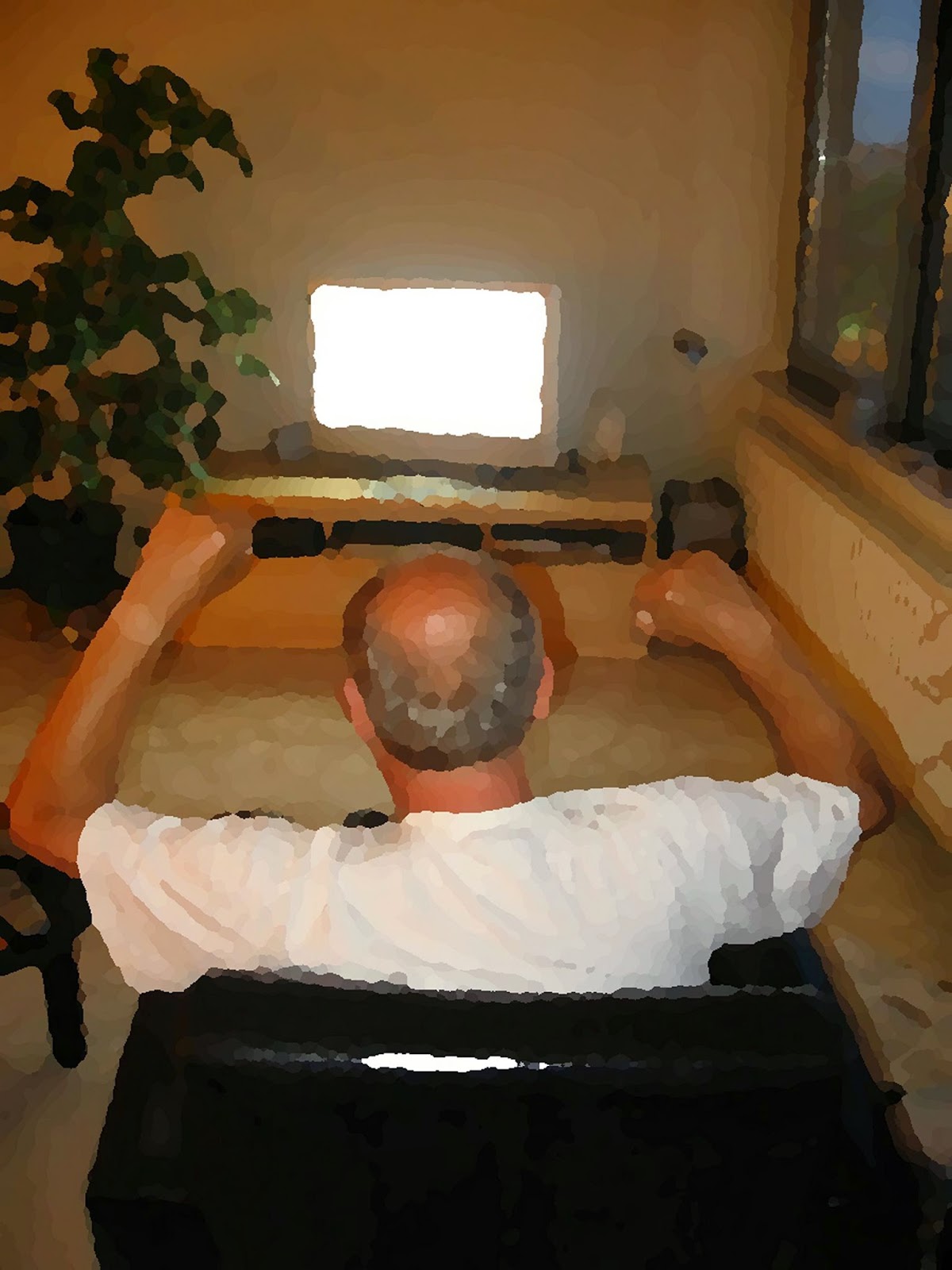 People who get frustrated with the BBC news and end up ranting at their television screens will know how I feel today. TV news has the capacity to cause exasperation, anger, sympathy, solidarity - a whole spectrum of human emotions.

So, when the BBC announced that they were holding a public consultation about their news and current affairs output I thought this would be a great opportunity to rant directly at the BBC and (naive as I am), that someone would actually listen.

I was one of over 9000 respondents to the survey and one of probably very few who waded through the resulting reports. Yes, that's right dear reader, I read this stuff so that you don't have to waste your life on it!

Firstly, I can report, that I felt chagrined after reading the published reports. I felt chagrined partly because I like the word chagrined and you should always have favourite words. But partly it was because none of my carefully thought out and valid concerns (rants) were acknowledged.

For example, I complained that the BBC is far too linked with Government and that other countries effectively saw it as a kind of propaganda. Nothing in the report about that. Before you write me off as an eccentric, I have to say that I did have other, perhaps more valid, complaints.

For example I thought it may make a difference to state that much of the news output I saw was too negative. There is a happy history of people complaining that news output is obsessed with negativity. So I thought I would join the bandwagon (a bandwagon which may or may not have fallen off a cliff edge some time ago). And guess what? The BBC chose this one moment to look for the positive when writing up their report! They said there really is no consensus among viewers on the things they are doing wrong and that in general people felt very positive and trusting of the BBC news output. Way to go BBC - now you see the positive! Does the BBC's fabled objectivity have a blind spot?

To quote the recurring theme of the reports: "The BBC is seen as a very high-quality news provider
The audience’s overall impression of BBC News is high."

Chagrined I tell you!

Anyway, as everyone keeps telling me, 'it's not about you'. There were special consultations to the following organisations:

These organisations seemed to want to complain too. But the report didn't seem to contain much about their own 'rants'. Campaign Against the Arms Trade seemed similarly chagrined that much of the reporting on the arms trade was superficial and uncritical. Jews for Justice for Palestinians were chagrined that the coverage of the situation within Israel was inaccurate and misleading of all sides

Basically everyone was chagrined for one reason or another. But our diverse rants didn't seem to make the BBC want to change significantly.

To be fair (do I have to?), the reports also stated some areas of improvement based on the consultation. Attempting to find any consensus in their confused, fragmented viewers, the BBC eventually decided that people had complained that the BBC news tends to feel 'distant' from some viewers. This sense of alienation from the news output will be solved by employing a more diverse workforce. Which is fair enough and is a continuation of the BBC's existing policy.

And, in an attempt to be objective myself, it seemed that the other respondents really didn't feel as negative towards the BBC as I did. I have given up asking questions. So they will increase diversity, continue to expand to new digital arenas (while maintaining TV news as their core output). They may or may not play around with the license fee. Depends how they feel on the day I suppose.

I just feel that sometimes institutions don't listen at all. And it isn't just me. It's simply that there are agendas and economic considerations which prevent huge organisations (including the BBC) from making radical, conscientious changes.

So, that's basically the general gist of the reports. No major change for us viewers. A million and one occasionally chagrined people expressing various emotions towards their TV screens (much of it valid, yet unheard). And the result?

To quote from another of the long, tedious, reports:
"Sustaining citizenship and civil society -
The BBC generally delivers its commitments in this area well."