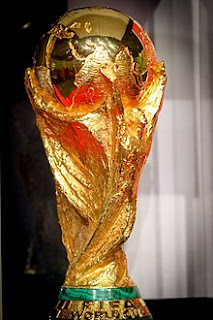 With the world cup approaching this blog post is my first blog about sport. My extra-curricular activities have taken a strange twist.

I shall also be blogging about the topic which has given me the most views on Stories Make the World ‘Go Round. That topic is Christian revival.

Because nobody – nobody – is talking about the socio-economic implications of a revival today. What has happened before can happen again. And if the chattering classes know their rumours then they will also have heard and laughed at the possibility of a Christian revival happening in the UK again. And after they have laughed, what then?

So people need to prepare and even choose sides. Choose sides because people usually either oppose or support the need for a revival. Both Christians and non-Christians. Depending on whether they feel it will be good for them personally, or good for those they love.

Please indulge me as I blog about whether and why that elusive magic that sports commentators lament has really left almost every aspect of sport. Because nostalgia and sport have a lot to do with God.

I’m qualified to write this blog post simply because I’m among one of the worst sports fans in the world. I’m the one who goes strangely silent when people talk about football. I’m the one who says ‘I like watching tennis and the world cup… and the Olympics.’ Which, I believe, among sports fans is code for ‘I literally know nothing’, like saying to a music fan, ‘I really like Phil Collins and the Now compilations’. I’m the one who was in the school football team (left back) and partly responsible for us losing 10-0 almost every match. That, believe me, set me up quite well for Christianity later on.

So, you can say, currently, there is no Christian revival in the UK. There are a few ‘outpourings’ of a kind where people seem to operate in some kind of genuine Christian gifting. There is Thy Kingdom Come (again) from May 10-20th. But we are, in my opinion, effectively (and debatably) in a declension in Europe and the West. How’s that for happy Christian jargon? Look it up – a declension is a waning of Christianity, like the moon’s sad smile going out. Despite various prophecies, there has been no revival. I’m sorry. At least we tried.

There is a revival of politics. People who like Brexit or Trump or Corbyn or Momentum or anything in between (or beyond, like the vocal and scary alt-right). Sometimes Christianity and politics are mixed together and that usually stinks, like a vision of ‘revival’ in The Handmaid’s Tale (even though that kind of ‘revival’ has never historically happened). And as an aside to anyone who wants me to write a blog post about the effect of a revival on politics – maybe do your own historical research – have past revivals really led to retrograde changes in law? I’ve never been talking about a revival of politicians. I’m talking about a revival of the people – a revival from the source of true love. But here we are talking about sport and it is way out of my comfort zone (stay in your comfort zone long-suffering readers).

What there is not, is a revival of that missing ingredient, that magic which most of us remember there once being in sport, usually when we were kids. I know, I’m being dogmatic and subjective. I’m as much a contrarian as anyone else and I’m making assumptions. Please indulge me – all writing makes assumptions (‘No it doesn’t’ says the contrarian).

We need a revival in and of sport. For sports philistines such as myself, it’s never going to be like the 80’s Olympics and Cram and Ovett and Coe ever again. It’s never going to be that romanticised world cup win ever again. Jinx. At least not without some kind of miracle. Nostalgia is a powerful force and we romanticise the past. But what if it really was better back then? Would a Christian revival mean that England win the world cup again? No-one can promise that. The sports commentators may feel that something is lacking in sport today, but how on earth is a Christian revival going to solve that problem? Saying it would might just be more fake news, a narrative that never was or could be. An obvious underhand attempt to link Christianity and sport in order to appeal to the masses. Just like politicians do when they claim a favourite team. Or worse, some kind of way to make money.

Instead, we have that most powerful of feelings - nostalgia. You can’t promise it. You can’t pin it down. You may as well attempt to promise that becoming a Christian is going to make your life better than anything you’ve ever imagined. That would be a lie. I can tell you from experience that it can make things better, but it also brings a whole shedload of trouble. Trouble like an opposing team and a Coach who seems neglectful.

A modern Christian revival could make things better, even in sport, but such a claim has to be limited to the facts. In this case we are going to have to look at historical revivals and whether or not they ever made sport better.

And you tell me how to research that? You will find a few recorded anecdotes here and there about how the Welsh revival of the early 20th century clashed with rugby. There can be historic links between football and Christianity, the formulation of teams like Manchester City coming from churches for example. We don’t want a history lesson about how the YMCA actually created basketball and volleyball. We don’t want a long list of Christian sports players who have made the game more exciting. Some of us want it to be like when Daley Thomson won in the Olympics and that was all we ever talked about at school, because he was an inspiring black role-model at a time when there were too few of those for children in white-dominated comprehensive schools. We don’t want to wade through millions of archaic words in the hope that someone happened to say that the real reason everyone felt that way when they watched their favourite sports hero was because of God. Because it meant something.

Would people lose their jobs in sport if there were a Christian revival? Doubtfully. These days there are many famous Christian sports men and women all over the world. Revivalism doesn’t, or shouldn’t clash and oppose those things that are considered good in and of themselves, like sport. People could lose all kinds of shady jobs in industries like the drugs and arms trade, if there were a revival, but sport is considered neutral in faith terms. In fact, it is considered a little more than neutral because you will often see the best from humans when they compete. And sometimes the worst. You will see more than bread and circuses – you will see sports men and women and teams who dedicate themselves and inspire people. And even if sports is the politician’s circus for the masses, it is still a circus which fascinates, influences and inspires. Like Christianity, you will get individuals who will cheat, who enhance their game in unethical ways, or those who are only in it for the money, but does this necessarily make sport itself a negative thing?

Sport has become a highly lucrative industry in which some people say the magic has gone. Maybe kids today enjoy some of it as much as adults used to do. But there seems to be something missing for those of us of a certain age. I can play Eddie Kidd’s Jump Challenge or Horace Goes Skiing on a retro computer and wonder at the way that sport has now exploded into this strange monster that it now is (that’s personification by the way).

Politicians know the value of sport and so should believers. Revivalists are no different. Billy Graham understood the necessity of linking revival with sport. That was why he had some of his biggest events in sports stadiums. He understood that if you could prove that God was somehow linked with sport then you made Christianity a little less… boring. But there is no revival and Billy Graham’s revival ethics clearly do not run in the family. These days, even the revivalists need to repent. And everyone, always needs to repent… except ourselves.

But is there a link? Is this a Christian fake news blog in which I’m going to promise that Christians in sport have always been there and when there is a revival you always find that missing magic? Not if I have a shade of integrity left I’m not.

When I researched this blog I also found that during the Welsh revival, people were told to stop doing anything ‘doubtful’. And for some of them they interpreted that as playing and watching sports. It’s ironic when you consider that the whole basis of revivalism is about freedom – about freeing people up – that so many innocent pastimes get thrown out with the bathwater. It’s like there being a revival when Christ was alive and then Peter, witnessing his death at Calvary, and his coming back to life, suddenly said ‘I’m giving up fishing’ now.

A Christian revival would only help inasmuch as more Christians are involved in sport and whether or not God himself put that magic back into the sport we loved. Whether God made that nostalgic memory happen again. Whether he let all that happen for a reason. There may not be a lot of research about the effect of Christian revivals on sport, but what there is, is a lot of research on the effect of Christian revivals on people and atmospheres. Because it is the atmosphere that is missing isn’t it? That’s part of the magic. Open the floodgates of heaven and you have better sport – because sport involves people and God is interested in people, skills and talent.

Look at organisations like Christians in Sport. There are many chaplains involved in sport. They are better qualified to talk about it all than a non-practicing Stoke City supporter. And there is a lot of prayer involved from all kinds of people.

I’ve never really understood why people can’t pray for their favourite sports heroes to win. Why not? It has never been explained to me. People pray their desires all the time. Who are any of us to say that you can’t pray that? Okay, maybe God is rooting for an apology rather than for us to pray that England win the world cup again. But I don’t know. God knows.

Because my conviction is that a Christian revival would make things better for most people in this country, I desperately want to say that it would influence sport too. That it would bring back the magic. But conscience stops me from saying that. However, there are strong links between Christian revival and sport. There would probably be a positive influence, more Christians in sport for example, a change in atmosphere and a reduction in the peripheral violence and drug use. Maybe the atmosphere would change. That nostalgia, that sense of magic and the joy at seeing sporting heroes win is known to God. All I’m saying is that if anyone can bring back the magic into sport, then God can. And that a Christian revival would make that more likely not less.

So choose sides. Or change teams.