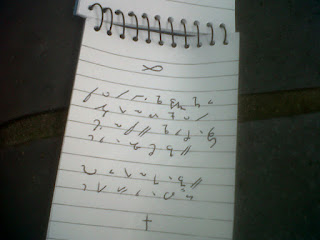 There are not many privileges to being a Christian journalist as opposed to any other kind of journalist. Having a faith doesn't give a reporter any advantages in career progression (in fact many people think it is the other way round - that having a faith is a significant obstacle to career progression). In the end you just have to get on with it.

I often think that the most privileged people within journalism are those who progress in their careers through an accident of birth. It's amazing how many of the children of famous journalists go on to become famous journalists themselves. They are literally born for the job.

Following the hacking scandal the country needs journalists who have integrity. Christian journalists may be a little more conscientious, but everyone is vulnerable to corruption. One of the 'benefits' of being a Christian journalist (as opposed to any other kind) is that you have an understanding of what it is like to be part of a minority. So it helps you to understand other minorities.

It is an interest in the truth which guides many people in media. And believers are, or at least should be, interested in the truth. And there is also the hope that having a faith helps you to focus on positive aspects of a story which others may miss.

Journalism as a profession is so self-obsessed that I often despair and feel embarrassed to admit that I'm a qualified journalist. There is little humility in the profession. Journalists often infer that it is the hardest job in the world.

As far as I'm concerned a child could do it.

Or even a Christian.